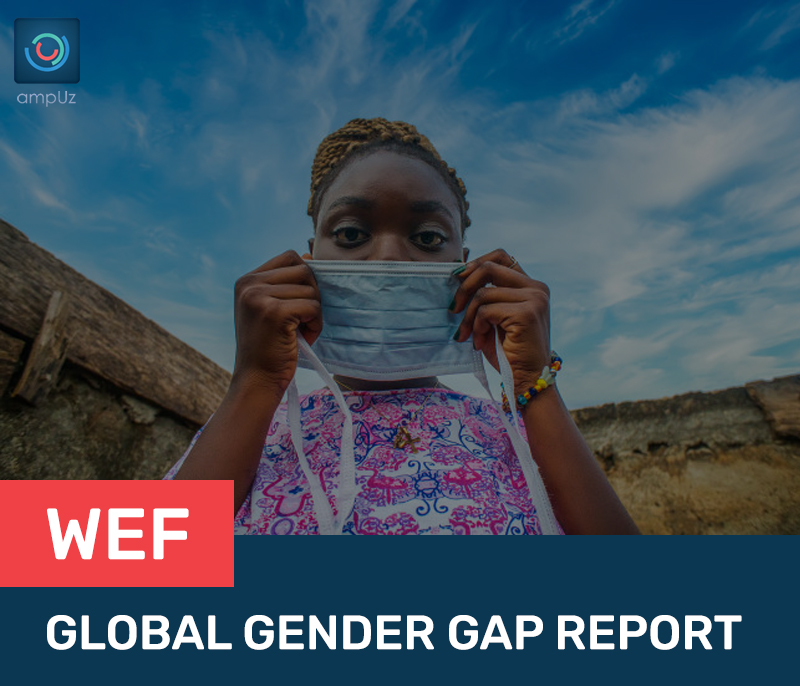 As a part of ampUz’s commitment to demystifying complex SDG related challenges it has summarized ten key insights taken from the World Economic Forum’s Global Gender Gap Report. ampUz’s purpose is to help businesses, government entities, and foundations make progress on the sustainable development goals and warn stakeholders of the implications on humanity if they are not achieved.

The Global Gender Gap Report, which shares results from the gender gap index, was designed by the World Economic Forum (WEF) in 2016 to measure gender equality across 156 countries. It is through the index, we understand the human development costs of not engaging women in the economic, political, and social dimensions of society.

The methodology applied by WEF to measure progress has been developed in a way where bias or advantage to more developed ‘richer’ countries compared to less developed ‘poorer countries’ in the scoring process is removed.

The gender gap is divided between four criteria to assess women’s participation in society and is referenced as ‘subindexes: political empowerment, economic participation and opportunities, education attainment, and health and survival. The “best” subindex represents the one with the least gender gap, also called the “lowest” gender gap, while the “worst” represent the most significant gender gap, also called the “biggest” gender gap. Highlights are based on country-level progress made based on the index’s findings.

Based on these ten insights from the global gender gap report, we can see that the world is making headway in closing the gender gaps in the education and healthcare sectors. However, accelerated efforts need to be made to enhance political participation and economic inclusiveness for women. We have wiped two years of progress in filling the gender gap – mainly due to the Covid pandemic, a lack of political will to engage more women, and not enough workplace environments that effectively create inclusion and growth opportunities for women.

We all need to do better.