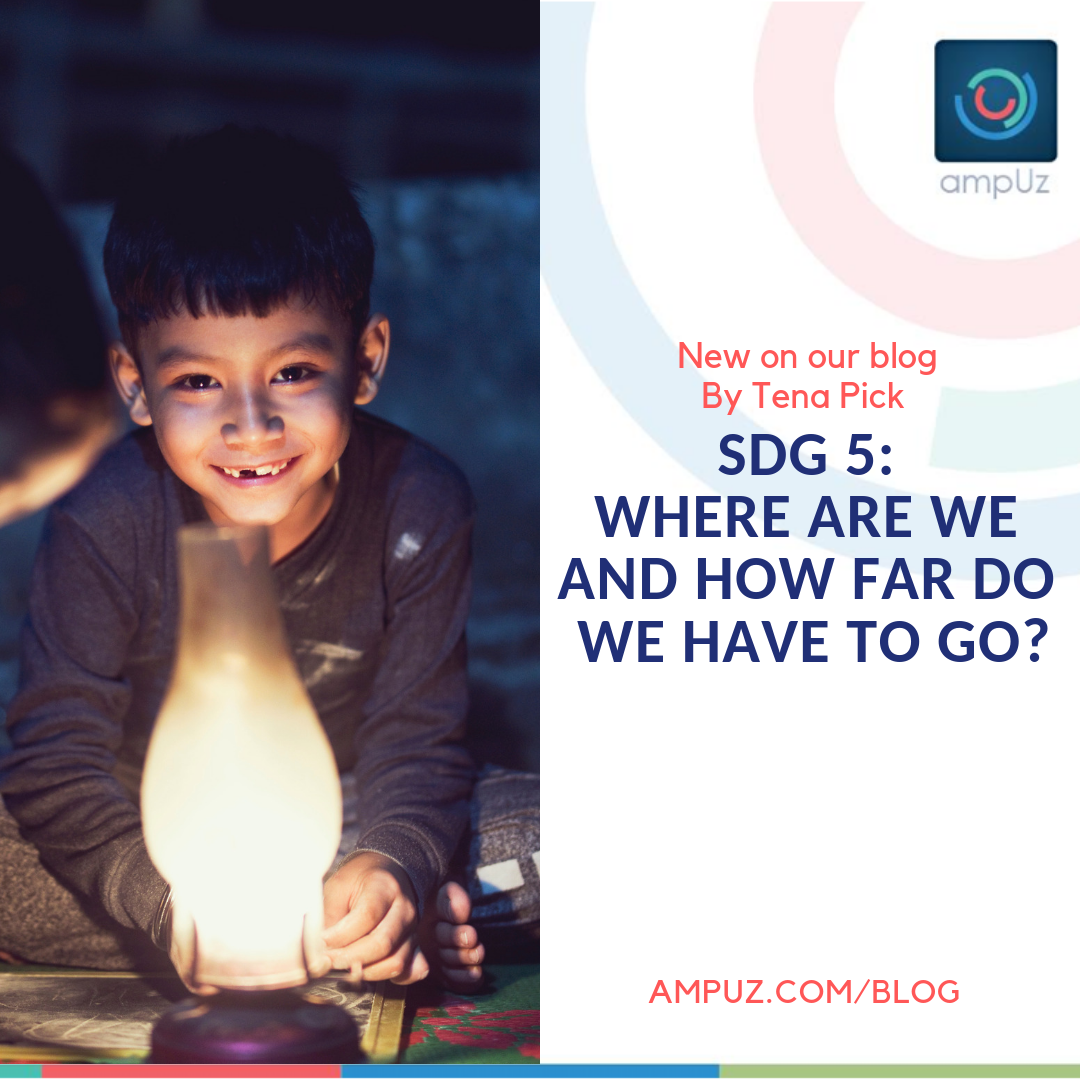 Sustainable Development Goals (should) represent the best the international development community has to offer. They are aspirational and inspirational, comprehensive and inclusive.Unlike the Millennium Development Goals, the SDGs include the public sector, the private sector and the individual. They break down the most complex challenges we are facing into what seems like manageable, bite-sized issues and give us hope that, if we all work together, we will manage to change the world for the better.

As a gender and development expert, I keep a close eye on all of them, but especially on Goal 5: Achieve gender equality and empower all women and girls. It was considered a great victory that gender equality got its owns goal, as well as it being mainstreamed across other goals. Arguably, it is the most important goal and without reaching its targets, all other goals are in jeopardy. Poverty, climate change, education, sanitation – these are all gendered issues that have different effects on women and girls, especially in the Global South.

The SDGs recognize that gender does not exist in a vacuum, but rather at an intersection of other social, economic and developmental forces. This is the biggest shift in thinking post- Millennium Development Goals, which adopted a very narrow view of gender, one that was established on the thinking that women are a homogenous group and that education is the silver bullet for all of the issues women face across the world.

SDG 5 has the same shortcomings as all the other goals, as well as a few specific issues. The very thing that makes SDGs so accessible is their biggest shortcoming – they are inspirational and aspirational but not very concrete in how department. This is particularly an issue that SDG 5 struggles with two of the most forward-thinking targets of SDG 5, those relating to sexual health and unpaid care and domestic work, seem to adopt the “lowest common denominator” language. If you look at the unpaid care and domestic work target, it does not mention anything about redistribution of workload and leaves it to be discussed as “nationally appropriate”.

What this means, in reality, is that it does not address the cultural and patriarchal structures that are responsible for women taking on a disproportionate amount of household work.

These clauses that are left for countries to decide the level of engagement are virtually impossible to track or measure, begging the question of why they are even included. The main feminist critique of SDG 5 is that for all its great aspirations, it leaves behind the most vulnerable of women by not challenging the power structures that make the women vulnerable in the first place. To be fair, however, there has been great progress on understanding gender equality as an issue of power and agency that cannot be solved by simple theory of change solutions put forward by MDGs.

The biggest opportunity for SGDs is the active involvement of all levels of society and across all sectors. While we will not achieve gender equality by focusing just on the issues that women face; in the corporate world but, in corporate engagement and corporate capital but corporates do have the power to propel change and bring it about much quicker.

We must be mindful that the same players that now promote gender equality under SDG 5 are the same ones that have benefited greatly from the imbalance of power and inequality and they have to be held accountable. Signing statements and commitments is not enough, what is needed is a radical overhaul of corporate culture and a strong system for measuring the impact and holding the private sector accountable to their commitments.

The easiest thing in the world is to be a critic, but without criticism, there is little space for progress. Most of us working in the gender space appreciate SDG 5 and the effort put forth by an intersectional group of experts who have worked on it,
but there is still a long way to go in mainstreaming impactful gender-driven conversations.

One thing I would love to see included and emphasized is the role of men and boys in preventing gender-based violence and achieving gender equality. Boys and men play a vital role in dismantling the patriarchy and challenging the status quo and they need to be included in the conversation.

There is no point in empowering women and girls if they are still expected to live in a world of disempowered men. Hopefully, the post-2030 development agenda will reflect that.