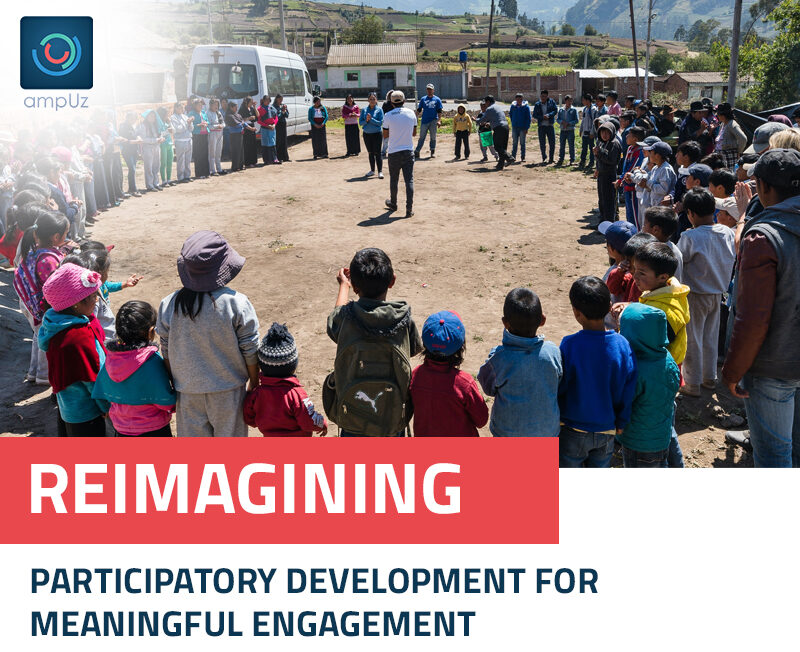 The Effects of COVID-19: Our New Challenges

The COVID-19 pandemic left the development space rethinking our collective approach to impact, both its depth and its breadth. On some fronts, we are seeing a massive step back, such as with issues of gender-based violence and internally displaced peoples. India is facing the largest internal migration since the Partition due to the lockdown. Globally, women are stepping back into housebound roles, and taking on disproportionate burdens of childrearing, and housework. In the global south, lockdowns meant an almost 100% drop in wages. The long-term consequences of this will not just affect poverty rates, but also gender equality. It is not unimaginable to expect marginalized families to be less likely to keep their daughters in school. If a family is going to bed hungry, to marry off a daughter for dowry becomes an attractive option. It is also safe to expect that boys will be kept from school to help with the agricultural cycles.

The perception of progress around gender norms, patriarchal structures, and poverty alleviation is being erased before our very eyes.

The greatest strength of the UN Sustainable Development Goals has been its intention to put the responsibility for development in the hands of everyone. It has also been one of the world’s most extensive participatory processes, based on the work of the High-Level Panel of Eminent Persons on the post-2015 development agenda. The Open Working Group established in 2013, engaged with as many ordinary people as possible via online surveys, as well as by holding consultations with experts from a variety of fields.  This desire to leave no one behind, both as beneficiaries, and as proactive change-makers; is a reflection of the global mainstreaming of participatory development. A participatory approach is a revision from the “top-down” approach to development and aid.

While participatory development has been en vogue since the 70s, it is now more than ever that we recognize its importance, as well as its limitations and challenges.

Participatory Development: Why Does it Matter?

What is participatory development in practice? It is a series of activities and approaches to development. This approach requires buy-in from the community at the very minimum, and at its maximum the expectation of communities to co-design their interventions. Participatory development is an approach to development that utilizes local knowledge and works with and within the local context. One of the most commonly used tools from participatory development is stakeholder engagement.  That is not to say that community members are not challenged on harmful cultural, and communal practices. Instead, the approach is to acknowledge the practices without judgment, and ultimately work towards eliminating the root causes of such practices. For instance, if women in a specific community see themselves worthy of respect only based on their role of wives, mothers and homemakers, and yet seek financial independence, it is those contradictory realities that the intervention should address.

Now, you may have already identified the main setback for participatory development: it is slow, expensive, and enjoys a relatively small reach.  Therefore, participatory development methods remain in a domain of smaller grassroots organizations, and only some of their aspects, such as securing community buy-in, are applied across the board. This will not suffice going forward – the new development agendas will only work if they are genuinely taking into account the lived realities of those they are trying to impact.

A big challenge in designing truly participatory initiatives has always been a lack of relevant and trustworthy data that accounts for those who are the most disenfranchised.

This shortcoming has been recognized by some social impact experts, such as ampUz, who have created a specific gender module acknowledging that girls only count if they are counted.

This tech-based tool enables organizations to track data on gender centric metrics. Tools like this directly engage and help foundations and corporations to facilitate their stakeholder engagement processes and maximize impact.

Participatory development acknowledges that power structures exist and govern the relationships, even among those who are considered disempowered.

When attempting to “empower” women, girls, or any other marginalized group, we must take into account all categories of power: power over, power to, power with and power within.

Empowerment usually concerns itself with power within, but participatory development in this new, post – COVID-19 world needs to consider the ‘power with’: the collective power of those who are marginalized. By harnessing that the collective power of women and girls, or other marginalized communities, we are paving the path towards actually achieving the 2030 SDG agenda.

A big soda bottling company wanted to focus their CSR activities on clean water and sanitation. For their pilot, they selected a village from which a lot of their workers came from. After consulting with the village elders, they decided to build a new water pump, near the village.

After considerable pomp and circumstance, they left the villagers to their own daily lives. When they returned to evaluate the impact of the project, it turned out no one was using the new pump. While they made efforts to be participatory in their approach, by including the village elders in the decision-making process; they had forgotten a simple fact: the elders are men and the people that use the water pump are women. Ascertaining the input of men and not the women meant not understanding the needs of the end beneficiary. Women are mainly housebound in that part of the world and use the time it takes to collect the water as a time for social bonding.

By removing the opportunity to socialize, the project tore into the very fabric of those women’s lives.

The common mistake of seeing those who are disadvantaged as one group without observing its various layers, demographics, and intersections; will prevent the establishment of sustainable solutions for vulnerable populations.

A light touch “participatory approach” will not be enough, and therefore it will be critical to integrate technology, measurement, and alignment with the SDGs to design and deliver meaningful interventions. [/vc_column_text][/vc_column][/vc_row]

/%postname%/
#
Sort Gallery
https://ampuz.com/wp-content/themes/Blake
on
yes
yes
off
off
on
off
WordPress Image Lightbox